The active aural research program is part of a process to simultaneously verify as well as initiate and demonstrate controlled insanity/sanity.

These programs utilize the deep underground military bases to perform psychic and psychological research experiments on non-consenting youth and adults.

Advanced technology is used to transfer consciousness from one cloned body to the next so that a continuous study can take place before, during, and after the death experience of one individual.

I was utilized in psychic-traumatization

I was used during certain aspects of training and conditioning to extend programming to other individuals in the bases through their minds and bodies using advanced technology.

In order for my heart to heal I have to tell the world. You can help. This is happening right now in the underground bases and around. It’s not a joke. Your family is at risk. Your future generations are at stake.

I was conditioned to believe I was performing a duty for humanity. Sometimes they turned us against each other, but those grudges were never truly of the heart, but the mind. 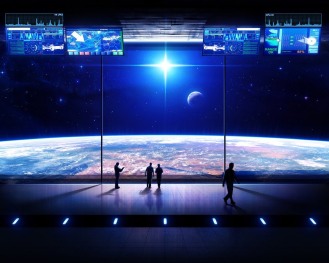 This is an entire breakaway civilization that uses very advanced technology to dominate the world.

I was part of a genetic engineering program that sought to combine various elements of DNA from various sources in order to create a more easily controlled yet powerful and defined person and personality. This involves chemicals, advanced (relatively) scalar wave technology, ritual trauma and programming/mind-control, and many other aspects of conditioning, training, secret operations, physical enhancements, cognitive enhancements, virtual reality, off-world operations, temporal manipulation, spiritual and etheric training or conditioning or programming.

Most operatives are still under a hypnosis kind of trance which permits one to walk around in public and daily life as if none of this ever happened. Later that week, that same individual could be called for an operation and they would never remember it unless they were forced to kill someone in public out of self-defense in which case most operatives automatically unlock and become unstable due to the flashbacks.

Your genetics BELONG TO YOU as the LIVING(ETERNAL) SELF. These issues are going to come more and more apparent.

If they agree to allow cloning, then who says who is allowed to clone whoever they want, Einstein, for example. And then who permits who to get whoever’s DNA from history or objects in the world. These issues are going to have to be looked at because they have already been used in ways that are far beyond the basics.

Then what about consent of the masses? This is clearly being put in public because consent is required on an overall scale and individual to include people.

So what if the masses consent overall, would the people who choose to remain be at risk? Would Tribal and Native village life and people who respect the Earth be protected or permitted to stay?

The combination of advanced technology with secret societies enabled the development of complete breakaway civilizations. One of these civilizations, possibly composed of many factions working in the same area, exists deep underground.

These separate bases are connected via high speed magnetic drive pods. The inhabitants often utilize energy healing devices, as well as perception enhancements and this often leads to a completely different outlook towards the surface civilization.

During WWII developments were made involving electrical generators. This sounds vague and there were many other details regarding the scientific knowledge, yet the idea is that very simply electromagnetic, non-Hertzian “Teslian” energy fields were discovered to have been responsible for propagating energy and consciousness in dimensions that were not previously observed. Everything from DNA, consciousness, hidden or regularly unobservable natural phenomena, time, even mass could be seen to exist as part of this hidden, latent, scalar-wave frequency as a pattern is found everywhere.

If one could determine the particular pattern of frequency and location then this can be replicated and anything can be influenced using these non-Hertzian generators.

Radio-frequency alone was developed intensively during the 60’s and 70’s in America and this was discovered to interact with consciousness to influence emotions, cognitive capacity, memory, cognitive function, biological function, health, pain, comfort, pleasure, and all forms of brain-activity.

After the knowledge of advanced technology and the occult sciences of all parts of the world was combined, the ability to target and interact directly with the human soul was refined. This was a mix of psychological tactics used to manipulate or expose the hidden psyche and technology that could manipulate memory, emotional states, wakefulness, and even dreams.

In order to ensure continuity, maintain control, and shape world events these technologies were employed to manipulate the public, alter the weather and natural phenomena, and develop a means of travel and operation that enable one to move outside of the ‘plane’ of the Earth. This is includes high velocity transportation, as well as spacial-temporal distortions which could effectively “hide” one’s entire craft from visible sight. Space itself was altered to ‘shield’ craft with an a layer of ions to bend the light, or the phase was moved out of sync with the “time” frequency of any observer and this literally renders the craft immaterial.

From the beginning of time to this point in history there has always been secret societies. The advancement of technological control is what enabled these societies to breakaway from the visible aspects of what we call civilization.

From their perspective it is they who are the “next” step in civilization, not the masses who know nothing of their presence or their power. There is still a desire to maintain balance in world affairs as without a continuity in presence and flow the very material nature of this society would run out of hand and completely disable the public who heavily relies on the infrastructure, technology, and general functioning of control systems to survive and make daily decisions.

Because this is true for the majority of the ‘modern’ world, it is believed that it is a necessary measure to take steps to ensure continuity.

View all posts by Aug Tells

6 thoughts on “What is happening?”